EGR stands for Exhaust Gas Recirculation. The main function of the EGR valve is to control the emissions of exhaust gases in both petrol engines and diesel engines. It plays a big role in maintaining the health of the vehicle’s engine and exhaust system. The exhaust gas recirculation valve precisely recirculates heavy exhaust gases into the engine’s intake system to improve engine efficiency, reduce NOx emission rate and lower fuel consumption. This article mainly explains the working, types, and many other aspects of the EGR valve.

What is an EGR valve?

The EGR valve is a part of the engine which uses to control the emission of exhaust gases (such as NOx) into the environment. It allows a controlled amount of exhaust gas to flow into the intake manifold. Hence, the exhaust gas recirculation valve opens and closes according to the requirements.

In the latest IC engines, EGR (Exhaust Gas Recirculation) system controls the emission of NOx produced during the combustion process of the fuel (such as petrol, diesel, or gas). In the fuel combustion process, the engine sucks air from the atmosphere and mixes it with the fuel. As the air and fuel mixture starts burning into the combustion chamber, the temperature of the mixture increases, which causes the emission of nitrogen oxides (NOx).

If your car does not have EGR valves, the produced NOx may be exhausted into the atmosphere, which can produce some serious health problems such as cancer, passenger death, etc.

This valve is a most vital part of the engine and is normally shut-off. It drives by a built-in stepper or vacuum motor. It connects the intake manifold to the exhaust manifold. In this way, the EGR valve controls the flow of recirculated exhaust gases according to the engine requirement.

The atmospheric air has almost 80% nitrogen. When this nitrogen is heated at an extremely high temperature inside the combustion chamber of the engine, it reacts with the normal inert gas and generates dangerous NOx. This produced NOx transfers into the EGR (exhaust gas recirculation) system from where it discharges into the environment. Exhaust Gas Recirculation system sends an additional part of the NOx back into the combustion chamber, where it is combined with fresh air and reduces the chamber’s temperature.

The EGR valve begins to operate as soon as the engine starts, attains the appropriate working temperature, and increases the vehicle speed. It decreases the NOx emission rate.

As soon as the vehicle speed reduces and the engine stops, the valve returns to its closed position and stops the exhaust gases flow.

It also diverts the exhaust gas as a high-pressure diesel valve. This valve is most commonly used in gasoline or petrol engines. As the engine piston moves up and down, a vacuum produces inside the compression chamber sucks in the exhaust gases and the EGR valve controls the gas flow.

This valve uses a vacuum solenoid to change the vacuum pressure on the diaphragm. The motion of the diaphragm controls the opening and closing position of the valve. Some types of valves also have a feedback sensor to notify the ECU system about the valve position.

It has a stepper or solenoid motor and a feedback sensor as well. This valve receives pulse width modulation signals from the ECU to control the flow of exhaust gases.

The EGR is a most vital part of the car engine. It helps to control the flow and emission of exhaust gases. In case of exhaust gas recirculation valve failure, you may face many problems related to the vehicle engine and your health. 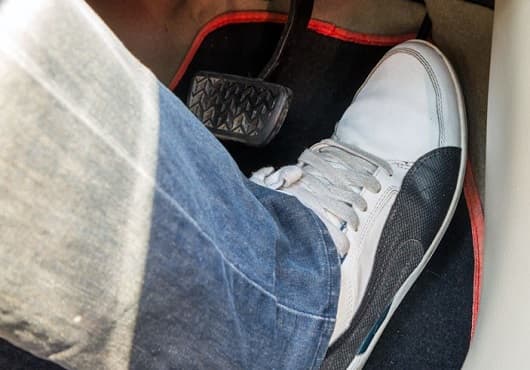 When you drive your vehicle, you should always monitor the engine indicator, which informs you about the health of your engine valve. If, under any circumstances, the EGR valve fails, the engine indicator will most likely illuminate on the dashboard (unless it is damaged in some way, it will need to be replaced as well). The engine indicator only turns on when the ECU system of your vehicle detects a problem with the engine or other parts directly connected to it.

If your EGR valve doesn’t work properly, the engine consumes more fuel than usual because it works harder to move the vehicle. In such a case, the peak combustion chamber temperature will be very high, and it will emit more NOx. This increases the smell of fuel, and if the car air conditioner is not in the recirculation phase, you can feel it in your car. When the increase in emissions needs to be tested every 6 months, there are very high chances that your EGR valve has been damaged or failed.

However, this test can’t let you know the exact health of your EGR, but if the emission test fails then you must immediately contact a professional for the proper inspection of your valve. 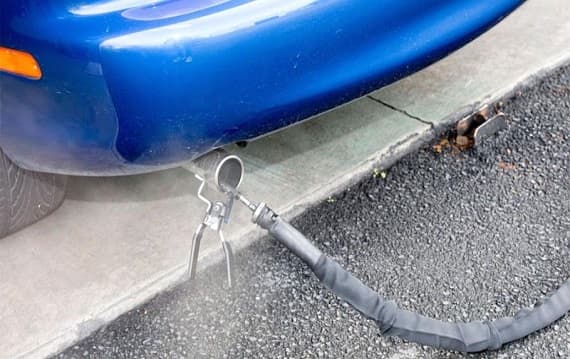 If your engine’s EGR valve fails, it may produce rough idling. The rough idling is a most common symptom of a failed or damaged EGR valve. In such a situation, the valve remains stuck in the close or open condition. This can also represent that too much exhaust gas is going into the combustion chamber. 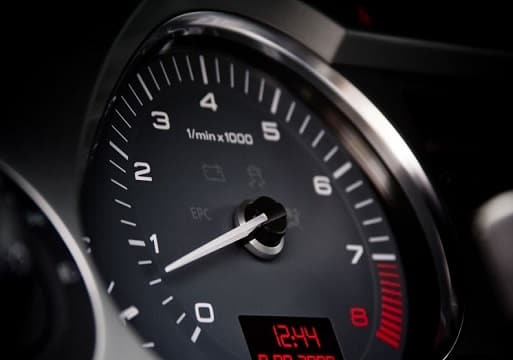 Sometimes, a vehicle produces high vibration due to a bad EGR valve.

If your engine is producing knocking extensively, it may be due to a bad EGR valve. This is because, the purpose of the EGR is to maintain the lower temperature of the engine and prevents it from overheating. As the EGR fails, the engine overheats and it produces knocking.

How to Clean an EGR Valve

If you want to clean your EGR system, follow the below-given steps to clean an EGR valve:

The average replacement costs of the EGR valve vary according to the region where you live and the type of brand.

The replacement cost of the valve parts varies from $170 to $280. If you are not replacing it yourself and hiring labor, the labor cost varies from $55 to $90.

The below given tells the replacement cost of the EGR valve:

How do you know it is time to clean EGR Valve?

Following are some signs that tell you that your valve needs cleaning or replacement:

What are the signs of a Bad EGR Valve?

The most common signs of the bad EGR (Exhaust Gas Recirculation) valves are given below:

Can you drive with a Bad EGR Valve?

Yes, even if the EGR valve fully fails, you can still drive your car. But your car will not run properly. You may observe some symptoms of bad EGR such as unstable idling, engine check light, unburned fuel smell from exhaust, poor performance of the engine, and emissions check failures.

Can EGR Valve be Cleaned?

Yes, maximum problems of the EGR system may be resolved by careful cleaning the valve with a throttle body cleaner. After proper cleaning, you won’t need to change your valve.

What does EGR Valve do?

EGR valves of the engine help to reduce exhaust gas emissions. If the engine overheats and the level of the O2 in the combustion chamber increases then the NOx (hazardous gas) emission rate also increases.

In such conditions, the EGR valve returns some of the exhaust gases into the chamber to replace some O2 and reduce the engine temperature. This decreases the emission rate of the NOx gas.

When was the EGR system invented?

In 1970, the EGR system was first time introduced on vehicles.

What is the EGR valve cost in UK?

The cost of the new EGR valve depends on the car model and the brand type. The average cost of a new EGR in UK is from £80 to £370. If you are not installing it yourself and hire labour, the labour may also charge you from £60 to £150.

What are the types of EGR Valves?

The exhaust gas recirculation or EGR valve has the following major types: